The Breath is the Life 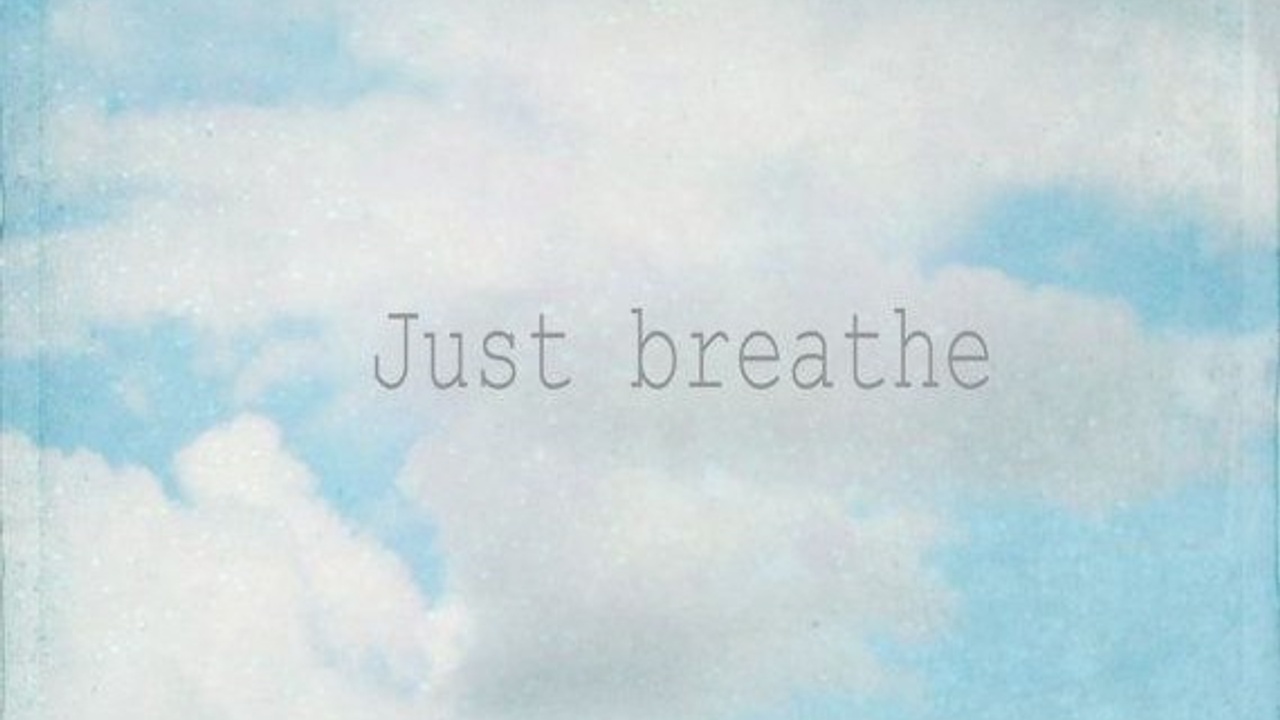 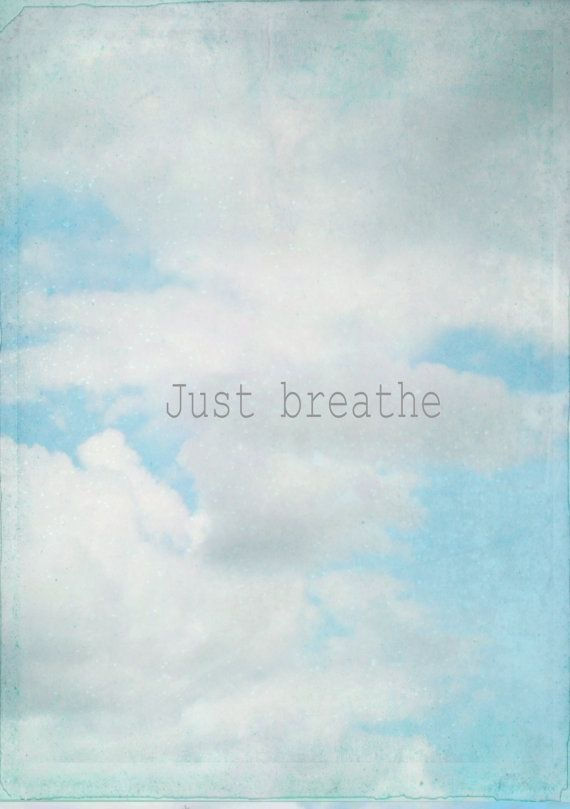 Throughout the history of human spirituality, with its diversity of myths, practices and beliefs, the breath has always been a source of meditation and reflection.

This is not surprising. Breath is linked with Life. To breathe is to live.

When human beings, along with mammals, birds and reptiles, are born they take their first breath – and with their last breath, life withdraws from the body.

Breath affirms relationship with the world: in order to maintain life we must draw in the oxygen needed from the atmosphere and we must release carbon dioxide into that atmosphere.

The ancient masters of Yoga believed that the manner by which one breathes determined the length and quality of life, a view based on the observation of the rhythms of nature.

It was thought that all living things possessed a certain number of breaths and the idea developed that slow, rhythmic breathing, by keeping the body well supplied with oxygen, contributed to a longer and more harmonious life.

You know that our breathing is the inhaling and exhaling of air.

The organ that serves for this is the lungs that lie round the heart, so that the air passing through them thereby envelops the heart. Thus breathing is a natural way to the heart.

And so, having col­lected your mind within you, lead it into the channel of breathing through which air reaches the heart and, together with this inhaled air, force your mind to descend into the heart and to remain there.

In Sanskrit the word prana, in addition to meaning breath and respiration, refers to the Life Principle, energy, vitality, spirit and ‘vital airs’.

Thus, breath symbolizes not only relationship with the physical environment but also the subtle environment of energies and forces.

Buddhist meditation practices that have now spread widely throughout the West often begin with an exercise in concentra­tion focused on mindful breathing – the careful watching of the breath becoming a technique for the development of the mind’s ability to concentrate and focus. The challenge is to mindfully observe the inhalation and exhalation of breath, one breath at a time. The Eastern tradition of pranayama is an active approach to the breath, developing insight and spiritual power through careful regulation of the rhythm of the breath.

At birth we breathe in and the matter that is ourselves is imprinted with a cosmic pattern that potentially contains within it the symbol of the purpose of our lives.

Death as we understand it comes when the spark that held it all together departs and transits to another dimension. And although the form dies we know life goes on.

In the ancient Vedic traditions of the East, the life force was called prana which was understood as cosmic energy that flows into our system from distant places and, via the sun, connects all things one with the other.

Pranic currents distinguish the living from the dead. In the Prashna Upanishad, prana was called the eternal breath, the essence of life, “...the universe [is] one with prana.

The rising sun pervades the east, and fills with energy all beings that there inhabit...”The theosophist H.P. Blavatsky spoke of “life” as that mysterious essence that pervades all things and synthesizes the three great aspects of the matter, soul and spirit.

As we expand our sense of relationship and extend it from our friends and family, to include our group, our nation, the world of nations and the one humanity, we recognize that through this vast network of relationships we can each play a part in distributing the energy of goodwill. Together we learn to breathe in the energy of love from the higher realms of consciousness and send it out into the world. By this means, we aid in the establishment of right human relations and the healing of cleavages in our world. We all share this same breath – the animals, the plants, our fellow human beings, and the higher spiritual kingdoms.

Simply holding this recognition in mind as we breathe in and out can be a simple spiritual practice that, over time, serves to foster the consciousness of oneness.

Prana is said to be received from the sun, from our food, and from rest, but the most important source is through breathing.

It is thought that the quality and quantity of the prana has a direct relationship to the state of mind.

Due to the stress of planetary conditions for many people, the flow of prana has been disrupted, resulting in conditions such as fear, worry, depression, doubt, and many other negative emotions that often lead to physical ills. These problems stem from the fact that humanity has for too long placed itself outside of the divine circulatory flow of energy and fallen prey to materialism, selfishness and separateness.

We have broken the link within the great Chain of Being, and since humanity stands as the central link within that chain, this break has had severe consequences.

Ancient peoples patterned their lives on the cycles of nature. There are many such cycles that affect the kingdoms of nature but the most obvious and important are those related to the sun and moon. These stand as symbols of the cyclic inbreathing and outbreathing of the planetary life. They are called the interlude periods, the time for pause and reflec­tion. The four main stages in the cycles of the breath are the period of inbreathing, which corresponds to the stage of align­ment within the meditative practice, followed by the higher interlude, when we pause for reflection and the receipt of spir­itual impression. This is followed by the period of outbreath­ing of the contacted energies which, in turn, culminates in the period of the lower interlude when the contacted energies are grounded and find expression through form.

The breath is a current which can be attached to any thing or being, near or distant, if one only knew how to attach it, and those who are masters of the breath can attract all things in life.

When we breathe more deeply and easily, life begins to flow without so much struggle as we have faith in the soul’s wisdom and its ability to establish a relationship. But it takes time and patience to establish these new rhythms that so often seem to run counter to much of contemporary culture.

In our race to do, we forget to breathe. People are often out of touch with the effects that stress is having on them unless they begin to breakdown physically. It would appear that there is a widespread condition today wherein the prana is short-circuited, creating blockages in the flow of energy with a consequent depletion. The pace of contemporary life is accelerating and perhaps this is as it should be, but paralleling this growing tension, that has its spiritual counterpart related to humanity’s appropriation of the spiritual will, we must take care to continue to breathe. It has been observed that there exists a type of “breath apnea” that occurs when people use too much technology. We forget to breathe and we need to bring back this focus. This situation is particularly damaging for young children who increasingly don’t want to go out to play in the “real” world, preferring the captivating unreal world that is calling to them from inside the box.

Children’s sensitive natures become easily overstimulated by too much time spent online and this addiction to technology causes actual changes within brain chemistry. Throughout time spiritual practitioners, particularly those working within the esoteric or hidden traditions of the world’s faiths have recognized the power of the breath as a tool for transformation. The use of breathing exercises was a long-established tradition within the ashrams of the east. But these practices were carried out under the careful and watchful eye of a teacher and were only given to students who were fully prepared to undertake them. Today, when all things are shouted from the rooftops, many people ‘put the cart before the horse’ and begin their spiritual journey of transformation with the practice of breathing exercises when, instead, this should be one of the very last techniques employed. Also, much of the focus in present-day practice of breathing techniques focuses largely upon the physical aspect of breathing, whereas it should instead be upon consciousness.