Suicidal Thoughts - Understanding what is behind suicidal thoughts, why they arise, and how to cope with them 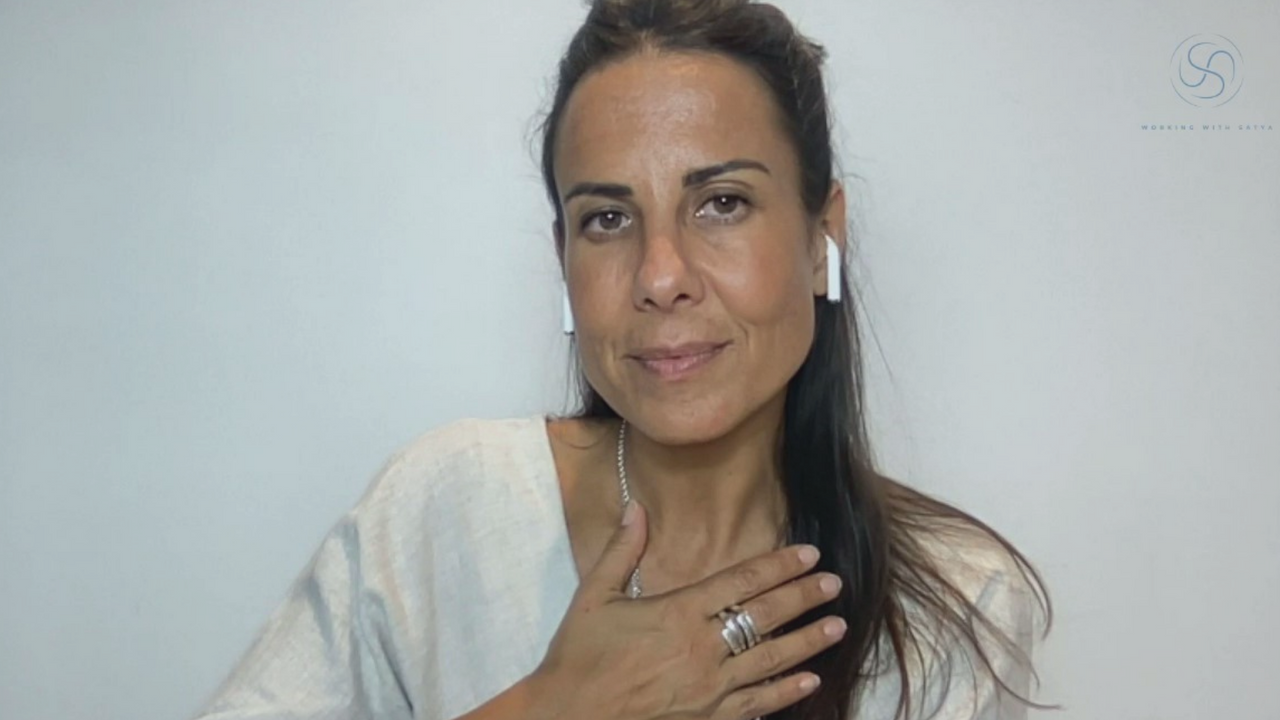 Working with Satya
Suicidal Thoughts - Understanding what is behind suicidal thoughts, why they arise, and how to cope with them
1:32:10

Suicide and suicidal thoughts are still taboo topics in our society. People who have gone through this sort of intense pain and thoughts are embarrassed to talk about it, and when they do, they frequently find people who don't know how to help them and how to deal with this reality.

Every year, around 700,000 individuals die by suicide. There are more than 20 suicide attempts for every suicide. For youths aged 15 to 19, it is the fourth highest cause of mortality. And who, on average, commits or attempts suicide? People with mental illnesses, depression, drug issues, and people who are in the midst of a life crisis are the most common. Financial difficulties, the end of a relationship, chronic pain. Isolation and discrimination are the ideal environments for suicide or suicidal thoughts.

We need to pay attention to these numbers because something is going on with our teenagers. They don't feel connected, they don't feel like they matter, they feel alone, and they experience discrimination on such a profound level that it makes them want to commit suicide, and many of them do it.

Many people have had suicidal thoughts in the past. And they may take a variety of forms, such as "I'd like to disappear." “How would it affect my family if I disappeared or died? Is anyone going to miss me?" These are the kinds of inquiries that people have throughout various stages and times of crises. But it's a completely different story when suicidal thoughts lead to a suicide attempt. Suicidal thoughts that lead to attempting or committing suicide indicate that a person has been in a painful situation for a long time, in which they have experienced profound depression, deep sadness, and a sense of detachment, in which they do not believe they have someone to listen to them. Of course, it may also happen in really serious crises.

However, in general, that person was in a deep depression. And depression doesn't just come from one moment to the next; it may start to appear day after day, month after month, year after year in a very subtle and silent way. Even if that person sustains a nice image for everyone. Those who maintain a mask or a functional role are often becoming increasingly distant from their feelings and their ability to interact with others. Their true feelings are not expressed in their interpersonal relationships. That gap between what they truly feel and what they communicate to others creates a huge abyss between them and the rest of the world.

The worst thing that can happen to that person when he or she tries to reach out would be to hear from someone: "That is nothing!" or "Come on, life is so good," or "You need to try this, you need to go there...".

What happens when someone begins to find solutions, minimize their feelings, and simply attempt to repair the individual? The person who is suffering feels lonelier than ever before. Because what these individuals are searching for is a safe place in which they may express their emotions. What I've noticed that works is being there with them and listening to them. And through questions, gently and softly, when they are not on the emotional ocean but more on themselves, we can start to ask the right questions to understand what happened to them, how this depression started, what was the trigger, and what was the complexity that took them to that state. It's also crucial to question them, "Why don't you seek help?" while they aren't overwhelmed by emotions. Because the person must realize that there is a way out. People who commit suicide or attempt suicide are usually at a point in their lives when the intensity of their emotions has reached a point where they have lost their reason for being alive and cannot see a way out.

Many times, people who have suicidal thoughts cope with a sadness that develops into something similar to a friend coming in, like a person who refuses to leave us. And we become used to the pain. As a result, the body begins to react to this sensation in a way that seems extremely heavy, as if tons of weight are pressing down on them, leaving them with no energy. We should not push them when they are unable to move, walk, or speak; instead, we should be at their side. And sometimes, being at their side entails doing nothing but being present. Perhaps sometimes just offering a tissue to cry on, making a cup of tea, or simply sitting by their side in complete quiet. You'll show them that even in the darkest, coldest, and most lonely places, someone can be there. The majority of family and friends get extremely nervous... and they are sometimes exhausted by seeing the person they love in that situation. And because we never teach anyone about suicidal thoughts – this is something that should be taught in schools: how to deal with intense emotions, how friends can support other friends – what happens is that those friends and family members' nervous systems become so activated, they become so nervous that they naturally want to do something. However, if we do not stop reacting, we are stimulating the individual who is just in need of more relaxation at that time.

When a person gets stimulated in that cold, solitary area, it causes them to retreat even more, as if to say, "I really need to be alone because I can withstand this." 'I can't deal with the other person's nervous system,' and this happens unconsciously because we can sense each other's electromagnetic fields.

When we begin to truly embrace the person in those moments, we enable them to listen to their own pain, not from the standpoint of 'I need to end my life,' but from the perspective of the individual attempting to fix himself or herself to find a way out. When we are truly there with them, there is a container that allows them to begin to listen to their pain and to comprehend where it comes from, why it is present, and what message it is conveying. And this may be incredible, because many individuals were sexually abused as children and had no recollection of it, and they say, "I have this profound pain inside of me, I don't know what it is." And as we go more into their history, a lot of information emerges.

When we are depressed or very sad for an extended period, it is critical to get help. Normally, sorrow and despair are there to alert us to the fact that something is out of alignment with our true essence. It makes no difference if you had a perfect life, all the money in the world, the perfect family, a great career... since this is an inner existence with its own landscapes that can endure everything.

On a spiritual level, when we see that a person is thinking about attempting suicide, what happens is that the person has been separated from his greater purpose in life. That individual does not believe that being on planet Earth, in a body, can aid in the evolution of his spirit, soul, consciousness, and wisdom. As a result, a portion of the process entails guiding their soul and spirit to discover their reason for being here. So, there's work to be done on a personality level, as well as suffering, feelings, and emotions. And there's more work to be done on their spiritual, soul, and consciousness levels. Because many persons who commit suicide have a significant gap in their lives... Many are spiritual, but they return to the spiritual realm because they can't tolerate planet life, human to human, to have a body or to have relationships. As a result, those people are avoiding a major source of discomfort that is inside them. Going into the ether, or into another realm, is also a place where you don't feel the pain. As a result, both sides must work together to support the full integration of their humanity and their spirits.