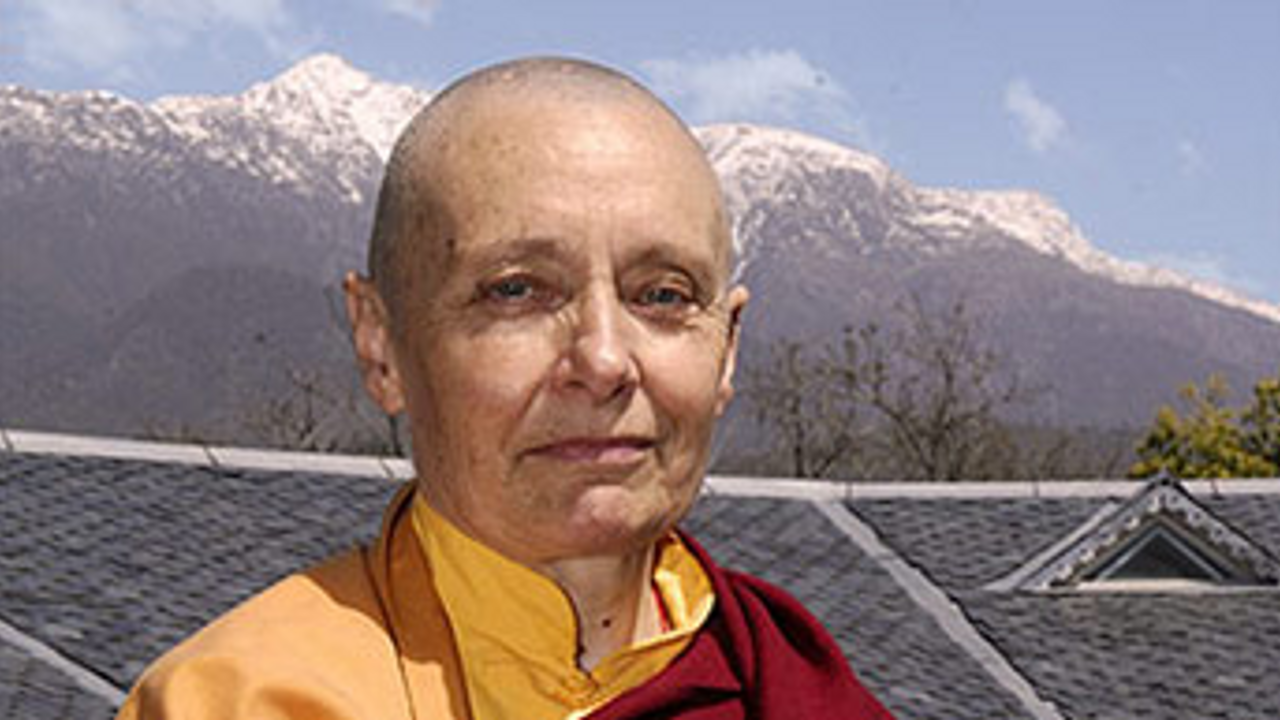 "At the age of 21, Tenzin Palmo swapped her job as a London librarian for life as a nun in a monastery in India - but even that wasn't remote enough for her. 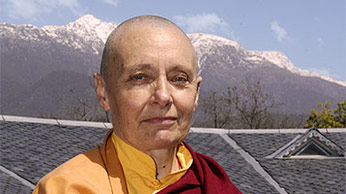 Even as a small child growing up in east London, I felt I was in the wrong place and the wrong body. I felt my body should be male, so when I heard that your body changes as you get older, I thought maybe I would get a male one. Now I feel lucky to have stayed female.

From my earliest years, though, I wanted to leave England. Outwardly there was no reason. My family are lovely, my school was great, I had a wonderful job as a librarian. Bethnal Green in east London, where I grew up, was very neighbourly. But inwardly I had a strong feeling that I had to go where I belonged; for a long time I just didn't know where that was.

Even as a child, I was interested in spiritual matters. I studied Christianity, Judaism and Hinduism and I'd tried reading the Qur'an, but as I didn't believe in a creator God most religious paths were closed to me. Then, when I was 18, my mother and I were delayed at an airport for eight hours. The only book I had with me was Mind Unshaken, about Buddhism. Halfway through the book, I said to my mother, "I'm a Buddhist."

She replied: "Oh are you dear? That's nice."

My mother was magnificent. She was a spiritualist who held seances in our house every Wednesday. Tables would fly around the room. She was widowed when I was two and brought up my older brother and myself with very little money from my father's fish shop. She had terribly bad health, yet was always cheerful and uncomplaining - and her decisions were usually so wise.

When I told her I was going to India to look for a Buddhist teacher, her first question was: "When are you leaving?" An ordinary woman would have said: "How can you leave your poor old mother alone; where's your senseof responsibility?'" But she felt I needed to lead a special kind of life, even if it didn't include her.

I had read about Freda Bedi, an English woman teaching Tibetan refugees English in Dalhousie, in north-west India. When I wrote to her she replied: "Come, just come." So, at 20, I moved to India and on my 21st birthday I met my guru. Three weeks later I became a nun.

It wasn't a difficult decision. Although I'd had boyfriends, I never wanted to marry. I never wanted children. Clothes, who cares? Food, who cares? Television, I'm glad not to have to watch. And as for sex - I couldn't care less. In this society, sex is constantly thrown in your face but to make it the be-all and end-all of life is pathetic; it puts you on the same level as the monkeys. Many women leading fulfilling lives don't even think about it. I don't need or want a one-on-one personal relationship. That's why I don't get lonely.

Yet I experienced great frustration being the only westerner and the only nun in the all-male monastic community; I was totally excluded. I used to feel as if there was this huge banqueting table of Buddhist thought and practice and I'd get these little crumbs from people, but never enough to make a meal.

Eventually my guru, Khamtrul Rinpoche, told me to go and practise in the mountain region of Lahaul. It was a lovely monastery, but it wasn't always quiet. I'd heard about a nearby cave and wanted to go there, but local people said it wasn't safe. "Men from the army camp will come and rape you," they warned. "By the time they get up here, they'd be too exhausted," I said. "I'll invite them in for tea." They said there were ghosts, that I'd freeze to death. But I explained the situation to my guru, who said that if the cave faced south and was fairly dry it would be fine. From that point on, I didn't worry. After all, for centuries, hundreds of thousands of hermits have done exactly the same.

I moved into the cave when I was 33 and was very happy. In most places in the world it would be impossible to feel so safe and confident in isolation. We built up a wall to insulate it in winter, and I had an altar and a store room for food. It was simple but pukka.

I grew potatoes and turnips in the little garden outside. The day was very structured: four times a day I would sit and meditate in a traditional meditation box for three hours, and that's where I slept, sitting up.

At first I'd go down to the monastery to listen to teachings, get food supplies, visit my guru and discuss how I was getting on. I'd spend the summers preparing for the long winters when I was completely cut off. But after nine years, I was ready to do a long retreat - three years in complete solitude. Once we had a huge blizzard that raged for seven days and nights, the snow covered the door and window and the whole cave was in complete blackness. I thought: "This is it." Looking back, I'm amazed I wasn't claustrophobic. I felt perfectly calm and resigned. Then I heard a voice say, "Shovel out." I used a saucepan lid and dug a tunnel out. It took an hour or two and I did it three times but survived to tell the tale.

The Tibetans have a saying: "If you're sick you're sick; if you die you die." We're all going to die and where better to die than in retreat? Most people worry too much even when things haven't happened; they get all worked up over scenarios of what might happen. The retreat helped me to develop inner resourcefulness and confidence: you learn that you generally do cope with whatever happens.

After three years, I heard somebody scrambling over my gate. I hadn't seen anyone all year. When I opened the door a policeman was standing there. He handed me a notice: "You've been in the country illegally for three years. Come down within 24 hours or we'll take action." That was the end of my retreat. It was a bit of a shock.

I moved to Italy. I do feel people in the west have an advantage: having so much material prosperity, they have already experienced everything our society tells us will bring happiness. They can see, if they have any sense, that at most it gives only short-term pleasure, that genuine happiness must lie elsewhere. Most people in the world haven't had those things, and still imagine that possessions will deliver the satisfaction their promoters assure us they do. But desire is like salty water. The more you drink, the thirstier you become.

For me, retreat is like inhaling; it's what I was born to do in this life. But I felt I should raise funds to build a nunnery in India, a place where women could study and train. Women have been spiritually undernourished and overlooked for far too long. So that's what I do now, giving teachings. But actually I don't like it at all, I never have, and I'm not going to do any more tours. I'm very ready now to retire to my nunnery in India, and I hope then that I can go back into retreat. That is my place."