How Nature Can Help Heal Our Planet 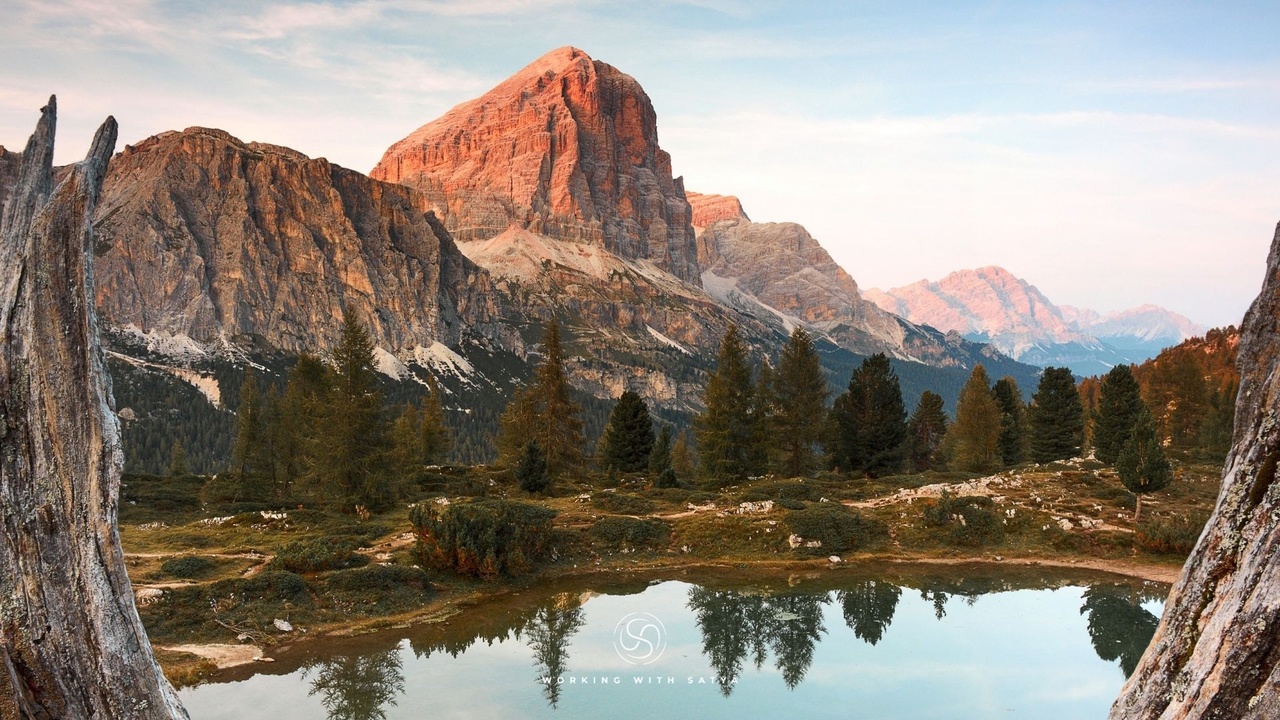 Study shows that climate solutions in nature can equal stopping the burning of oil annually.

An overabundance of man-made carbon dioxide is heating up our atmosphere. It just so happens that our planet is designed to help manage CO2, if we let it.

We know that by limiting the amount of carbon dioxide in our atmosphere enough to keep global temperatures from rising 2°C higher than they were before the industrial revolution, we have the best chance of avoiding the worst future impacts. If we miss this 2°C threshold, the planet faces threats the World Bank describes as “extreme heat-waves, declining global food stocks, loss of ecosystems and biodiversity, and life-threatening sea level rise.” Some of this we are already seeing.

The three main ways to limit the carbon in our atmosphere are by curbing the forces that are emitting too much of it in the first place, being more efficient with what we use, and actively capturing and storing some of what is already out there.

Trees and other plants have perfected this process over hundreds of millions of years of evolution. In fact, we’re unlikely to see a better carbon capture and storage technology than that which nature provides—we just need to actively give it the best chance to do its job.

So just how much carbon can nature realistically capture and store?

According to a recent study led by The Nature Conservancy along with 15 other organizations, maximizing nature’s ability to tackle climate change at a cost-effective price could have the same effect as if the world put a complete stop to the annual burning of oil.

Just by taking better care of and investing in what grows naturally. Let that sink in. 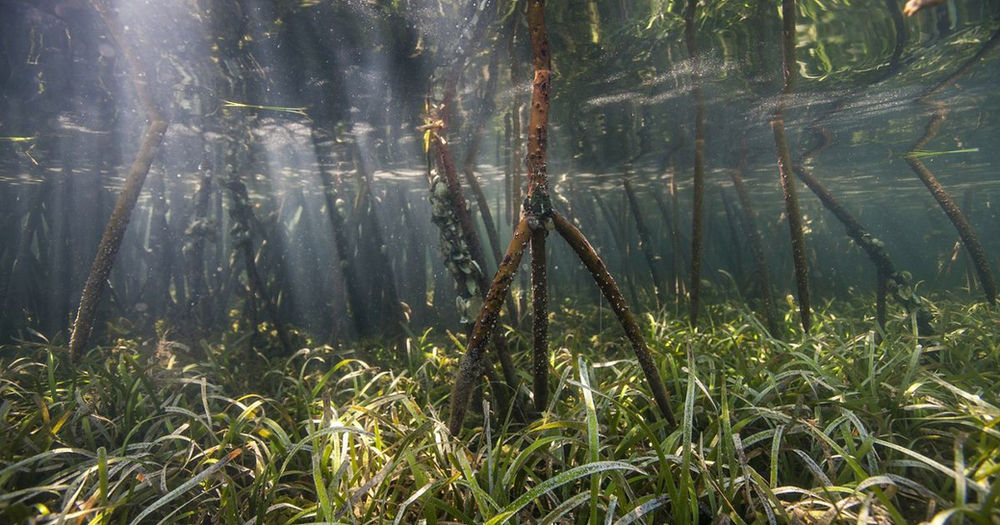 RED MANGROVE FOREST Coastal wetlands, such as mangrove forests like this one along Baie de Fort Liberte in Haiti, can store up to 5x as much carbon as a forest on land of the same size.
© Tim Calver

The groundbreaking study found that “natural climate solutions” – the conservation, restoration, and improved management of land in order to increase carbon storage or avoid greenhouse gas emissions in landscapes worldwide – can provide up to 37 percent of the emission reductions needed by 2030 to keep global temperatures under that 2°C mark. That’s 30 percent more than previously estimated.

There is, however, a catch: The world must act now.

If we’re too slow to start better managing and protecting these natural systems, the inaction will damage nature’s ability to help heal the planet.

Maximizing nature’s ability to tackle climate change could have the same effect as if the world put a complete stop to the burning of oil annually.

If natural climate solutions are mobilized over the next 10 years, they could provide 37 percent of the needed carbon mitigation for global climate targets. But if action is delayed until after 2030, that number drops to 33 percent because the emissions we’re trying to curb would increase and many of these natural areas themselves would degrade and become less effective. If we wait until 2050, the number drops to 22 percent.

In other words, the longer we wait, the less nature can do. 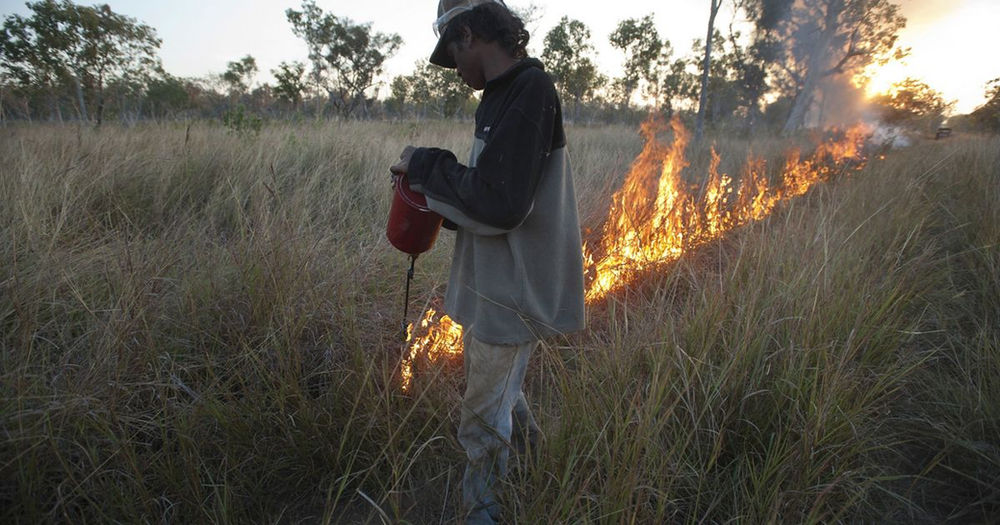 DRY-SEASON CONTROLLED BURN By burning early in the dry-season while the grass is fairly moist, the fires burn cooler and gives off far less carbon than if a fire were to break out later in the season. © Ted Wood

So then, how do we do more now?

One striking aspect of this new study is its demonstration that industries that work with and on the land—in particular forestry and agriculture—have a huge opportunity to step up to transform working lands and help them move from being carbon emitters to places that capture and store more carbon than they emit. And governments have the opportunity to make these solutions a formal part of their climate action goals.

Around the world and in a variety of ecosystems, there are already examples of wide-scale success. In Indonesia, TNC is advancing reduced-impact logging techniques that are helping to lessen carbon emissions even as the timber industry continues to support economic growth. In Brazil’s Serra da Mantiqueira region, a broad coalition is working to reforest nearly 3 million acres of land in the next decade.

And from farmers in Northern Africa fighting desertification by planting trees to New Guinean fishing communities planting mangroves to attract fish and store carbon, there are many more on-the-ground projects around the world setting the foundation for what is possible. 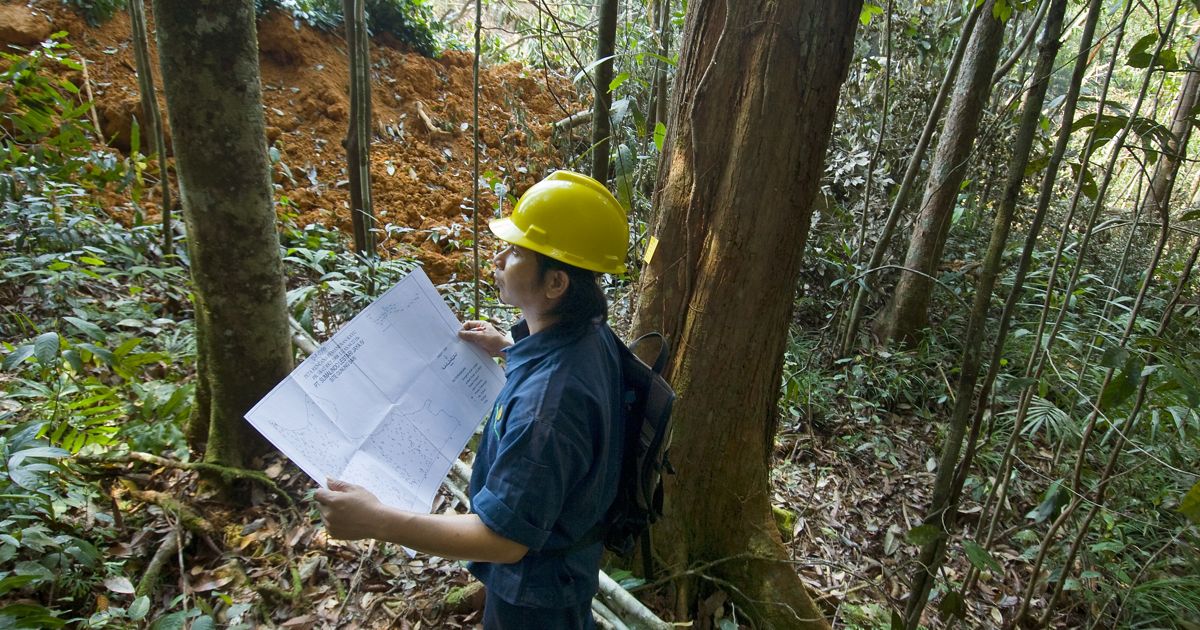 EDUCED-IMPACT LOGGING By removing only high-quality timber and minimizing impact to the ecosystem, these loggers can reduce some carbon emissions and minimize damage to soil and water quality. © Bridget Besaw

At the global level, the Conservancy is working with policymakers and other partners toward an ultimate goal: To provide countries the incentives and support they need to protect forests and other natural carbon sinks at a scale sufficient to fight climate change.

So, as we continue advances toward a low-carbon economy, we must not lose sight of the solutions that have been under our feet, in the soil and roots, and above our heads, in the forest canopies, this whole time. The fact is, the world won’t be able to meet its climate change goals without them.

Nature can help heal our planet, if we let it.