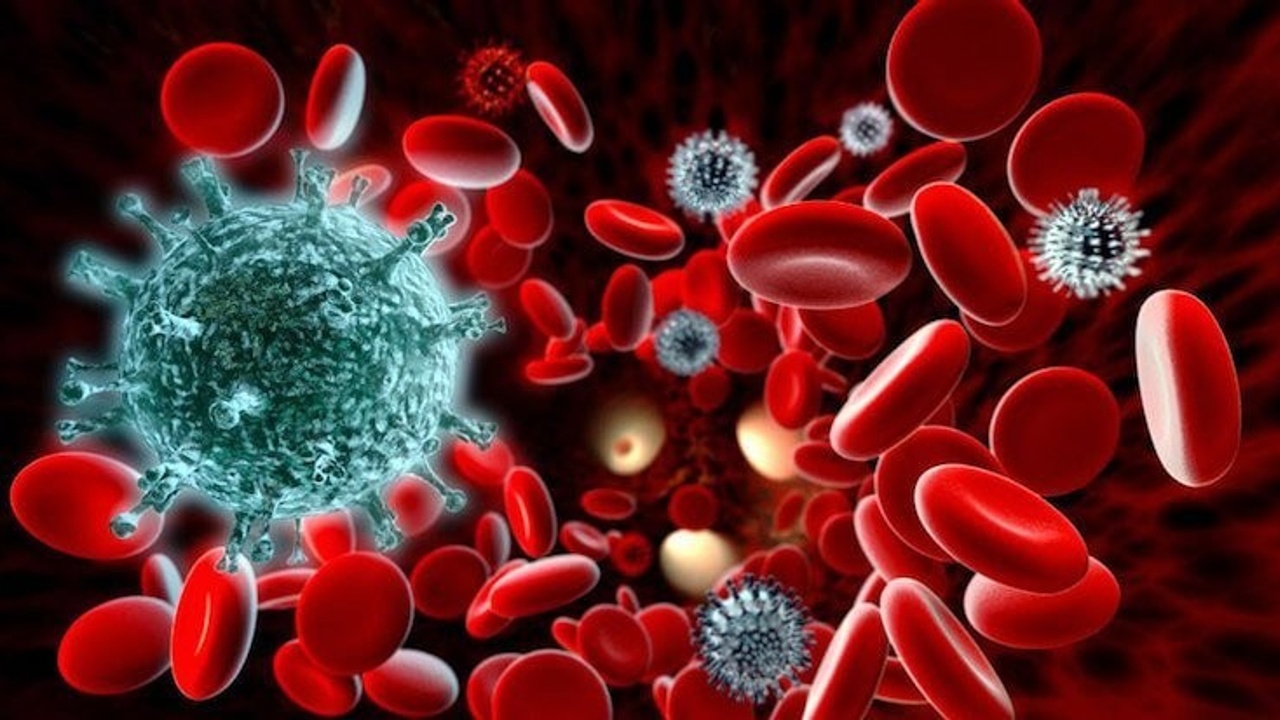 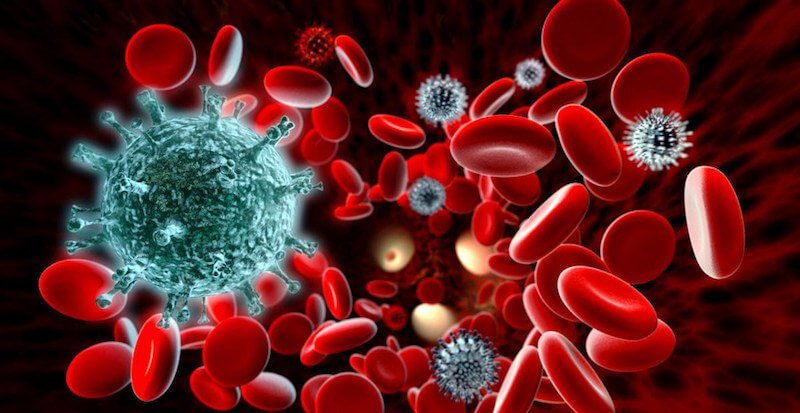 Do you remember the last time you were sick with the flu or became suddenly ill?

Do you also remember how you instinctively abstained from food?

This is the same behavior that a non-human animal might act when they become injured or sick. In other words, they’ll instinctively refuse food until they start feeling better.

This is one of the many health benefits of water fasting.

The body’s innate knowing that in order to get better, it must focus all its energy on healing instead of digesting and assimilating food.

What is Water Fasting?

Water fasting is the act of drinking only water for a certain number of days.

You cannot eat or drink anything other than pure, filtered water.

Any water fasts longer than this time period should be medically supervised.

is another form of fasting, where you only eat during an 8-hour window.

So I’ll eat breakfast at 11 am, and then finish my supper by around 7 pm.

This gives my body a 16-hour break from digesting food.

Water fasting has been used by individuals to help them lose weight, for detox purposes, for its health benefits or to prepare for certain medical procedures.

Fasting has also been performed for many reasons other than just health. It has been done to achieve spiritual enlightenment and is practised by many cultures all around the world.

Fasting for 72 Hours Can Reset Your Entire Immune System

A study published in Cell Stem Cell investigated the effects of fasting on cell-based regeneration and reversing immunosuppression.

The study, carried out by researchers at the University of Southern California, found that fasting for just 72 hours (three days), can regenerate the entire immune system, even in elderly people.

The researchers stated that fasting helps the body’s stem cells to start producing new white blood cells, whose role is to fight off infection in the body.

They added that the three-day water fast could be especially effective for those suffering from immunocompromised systems, such as chemotherapy patients.

They found that chemotherapy patients who fasted were better protected from the toxic impacts of the treatment.

Dr. Valter Longo, Professor of Gerontology and the Biological Sciences at the University of Southern California, stated that fasting gives the immune system “the ‘OK” for stem cells to go ahead and begin proliferating and rebuild the entire system.”

He later added that the body gets rid of the parts of the system that might be old or damaged (the inefficient parts) during fasting, creating “literally, a new immune system.”

Dr. Longo mentioned that in order to create energy while fasting, the body must recycle unneeded immune cells (especially damaged ones).

Over the course of his study’s trials, participants were asked to regularly fast between 2-4 days over a 6-month period.

Although clinical trials still need to be completed, he is convinced that his research is “very promising,” and would benefit the population at large.

While many would agree that immune system regeneration is quite the health benefit to behold, there are other health benefits of water fasting that simply cannot be ignored.

In addition to immune system regeneration, here are 7 additional ways your body can benefit from a short-term water fast:

Scientists found that prolonged fasting reduces the enzyme PKA. PKA is linked to ageing and a hormone (IGF-1), which increases cancer risk and tumour growth. Dr. Longo noted that PKA needs to shut down first in order for stem cells to start regenerating and rebuild the immune system – and fasting does just that.

Another study published in the journal Science Translational Medicine found that five out of eight cancer types responded positively to fasting. It improved survival rates by slowing the growth and spread of tumours.

The study found that fasting cycles without chemotherapy slowed the growth of melanoma, glioma, human neuroblastoma and breast cancer in mice. In several cases, fasting for up to 72 hours was as effective as chemotherapy.

Fasting slows down cellular activity in normal cells. In cancerous cells, however, fasting triggers the growth of new proteins, which encourages the tumour to grow and divide.

This survival mechanism played out by cancer cells essentially causes it to self-destruct. This happens as a result of the creation of damaging free radical molecules that break down the cancerous cell’s DNA.

“The cell is, in fact, committing cellular suicide. What we’re seeing is that the cancer cell tries to compensate for the lack of all these things missing in the blood after fasting. It may be trying to replace them, but it can’t,” said Dr. Longo.

2. It Protects The Brain

Fasting can also protect you against different diseases of the brain, according to US scientists.

Researchers at the National Institute on Ageing in Baltimore found evidence which showed that periods of stopping all food intake for 1-2 days a week could protect the brain against neurodegenerative diseases like Alzheimer’s, Parkinson’s and other ailments.

Other studies have reported that fasting could protect brain health and increase the generation of nerve cells to help enhance cognitive function.

Fasting, or limiting food intake to 500 calories for 1-2 days a week doesn’t only improve brain health, but it also increases longevity, too.

3. It Reduces The Risk of Heart Disease and Diabetes

Occasional water-only fasts lower your risk of developing heart disease and diabetes, according to some studies.

A study conducted in Utah found that Mormons who fasted for 24 hours once a month for religious purposes, had much better arterial health than non-fasters (6). “X-ray scans revealed narrowing of the arteries in around 75 per cent of those who didn’t fast. In contrast, clogged arteries affected 63 per cent of those who said they often skipped meals.”

It should also be mentioned that fasting triggers a surge in the human growth hormone (7), which speeds up metabolism and burns up fat, ultimately lowering your risk of diabetes.

Many people suffer from chronic inflammation. Whether it’s from the foods we eat or the environment we live in, inflammation is rampant.

So, getting rid of it would be beneficial, right?

Research has shown that water fasting can help reduce the levels of inflammation in the body. By doing so, fasting can actually reduce the risk of developing chronic diseases later in life.

One study found that healthy adults who intermittent fasted for one month significantly decreased levels of inflammatory markers.

5. It Delays Aging and Extends Longevity Another benefit of fasting is that it can reduce signs of ageing and even extend your lifespan.

New research found that fasting triggers a molecule that can delay the ageing of our arteries. “The most important part of ageing is vascular ageing. When people become older, the vessels that supply different organs are the most sensitive and more subject to ageing damage, so studying vascular ageing is very important,” Dr. Zou explains.

The molecule, beta-hydroxybutyrate, promotes the division and multiplication of the cells that line the inside of blood vessels.

Cellular division is a marker of cellular youth.

Other studies on rats fasted every other day revealed a delayed rate of ageing. They also lived 83% longer than rats who didn’t fast.

Autophagy is the body’s way of cleaning out old, damaged cells, in order to regenerate newer, healthier cells. If your body fails at autophagy, the level of cellular waste and toxins build-up, resulting in diseases like cancer, Alzheimer’s disease and heart disease.

In one study, mice that fasted for 24 hours showed high numbers of autophagosomes, the sign that autophagy is working.

Because the metabolism of a mouse is much faster than that of a human, you’d have to increase the time it takes in a human to reach this state. Many experts agree that the autophagy process initiates in humans after 18-20 hours of fasting, with the most benefits occurring at the 48-72 hour mark.

Other studies have found that fasting just once or twice a week for 24 hours helps your body aid the process of autophagy and reduce the risk of toxin build-up.

7. It Lowers the Risk of Several Chronic Diseases

Fasting is a great way to reduce the risk of chronic disease.

Apart from helping lower the risk of developing cancer, diabetes and heart disease,

fasting has also been found to protect our mitochondria and reduce the levels of free radicals in the body.

Free radicals are unstable molecules that damage our cells and organs. They are known to play a role in many chronic diseases.

In one review, it is duly noted that supervised, modified fasting for periods of 7-21 days is successful in treating rheumatic diseases, chronic pain syndromes, hypertension, and metabolic syndrome.

How Do You Water Fast?

If you’re used to skipping breakfast and lunch and only eating dinner, then you’ll probably have an easier time at it.

If you’re new to water fasting, here are some simple tips to make the transition smooth:

Don’t immediately jump into a 24-72 hour water fast. If you normally wake up extremely hungry, try extending that by a couple of hours.

Eat your breakfast 1-2 hours later than you normally would.

Continue increasing your fasting duration each day until you can make it to supper without eating anything. This will generally mean you’ve completed a 24 hour fast if you stopped eating at 6 pm the day before.

Drink up to 3-4 litres of filtered water while fasting.

Every time you feel hungry, reach for the water.

Do not drink tap water.

When breaking your fast, do not binge. This is a common occurrence among those who break their water fast and it is incredibly damaging to the body.

Break your fast with water-dense fruit like watermelon, papaya, or grapes. Stop fasting if you start to feel sick.

There are also different types of fasting that you can do like intermittent fasting, where you eat in an 8-hour window and fast for the remaining 16 hours.

You can also do a juice cleanse or juice fast, where all you drink is freshly pressed fruit and vegetable juice for one day, all the way up to 30 days or more.

Always talk to your doctor before you take up water fasting. They will let you know if it is safe for you to carry out depending on your health history.

If you have hypoglycemia or diabetes, fasting is generally advised against. If you’re on any medication, fasting should also be avoided.

Never water fast when pregnant, or if you have just given birth.