Almonds are Out. Dairy is a Disaster. So What Milk Should We Drink? 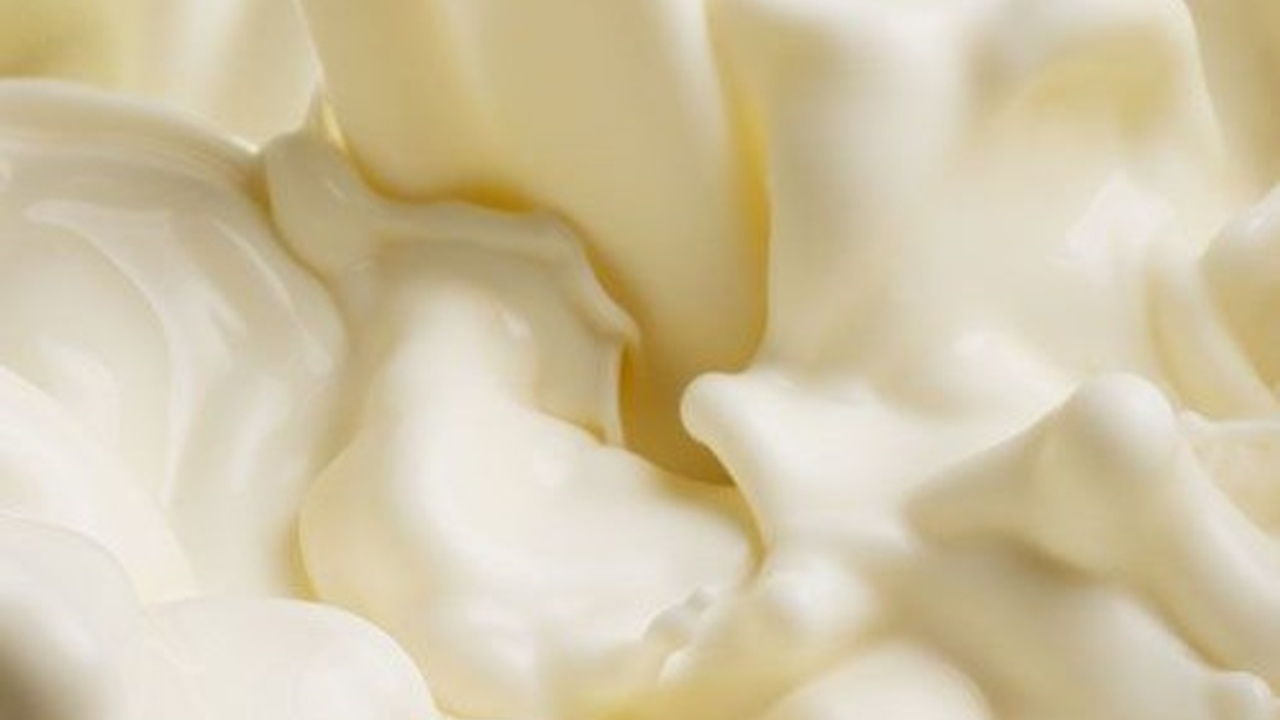 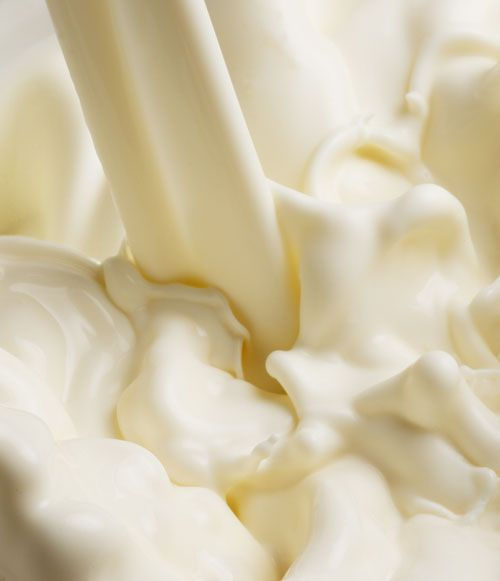 A glass of dairy milk produces almost three times more greenhouse gas than any plant-based milk. But vegan options have drawbacks of their own.

When choosing a plant milk, it’s important to consider how the crop impacts people and native habitats, along with its carbon footprint and water use.

For environmentally minded consumers, the news is hard to swallow: almond milk is not healthy for the planet and the popular milk substitute is especially hard on bees.

Our recent investigation into the connection between California’s industrialized almond industry and a record 50bn commercial bee deaths created quite a buzz.

The widely-read story prompted one primary response from readers: “What should we be drinking instead?”

This is a thorny question, and food sustainability experts are reluctant to single out any one plant milk as best because all have pros and cons.

But we’re going to try.

One thing is clear. All milk alternatives are far better for the planet than dairy.

A 2018 study by researchers at the University of Oxford showed that producing a glass of dairy milk results in almost three times more greenhouse gas emissions than any plant-based milk and it consumes nine times more land than any of the milk alternatives.

(Land is required to pasture the cows and grow their feed, which the animals belch out in the form of methane.)

Plant-based milk is better for the planet than dairy, but it can have a dark side.

Plant milks can, nevertheless, have a dark side, as when any crop is produced in mass quantities.

It’s important to consider not just whether they are grown using organic methods.

Other factors include how the farming of the crop affects people and native habitats in developing countries, the carbon footprint and water use. And while each product has its trade-offs, some plant milks are more sustainable than others.

Based on interviews with experts, here is a an environmental ranking of plant milks, from the disappointingly sour to the sustainably sweet.

Global demand for coconut milk has led to deforestation and exploitation of workers.

Coconut has a reputation as exotic and healthy, but for poor regions in the Philippines, Indonesia and India, where pickers are often paid less than a dollar a day, the palm groves are no paradise.

Because coconut trees only grow in tropical climates, the pressure to meet global demand is causing exploitation of workers and the destruction of rainforests.

“Coconut is an absolute tragedy and it makes me really sad,” Isaac Emery, a food sustainability consultant. “I love cooking with coconut milk but I don’t feel good about buying coconut products.

Farmers in Indonesia should be growing food to feed their families instead of meeting international demands.”

According to an investigation by the New York Times, between 2007 to 2014 rainforests in Indonesia were clearcut at the rate of three acres every minute to make way for coconut palm trees. To avoid supporting unsustainable practices, choose coconut products that are certified Fair Trade.

Almond farming is placing unsustainable pressure on bees and beekeepers.

While almond trees occupy smaller amounts of farmland compared with other crops grown for milk, this benefit is overshadowed by the negative impacts of almond farming in the US. Concentrated almost entirely in California’s arid Central Valley, almonds are the largest speciality crop in the US and the orchards cover a region the size of Delaware.

Almonds require more water than any other dairy alternative, consuming 130 pints of water to produce a single glass of almond milk, according to the Oxford study.

Nearly 70% of commercial bees in the US are drafted every spring to pollinate almonds.

Last year, a record number –over one-third of them– died by season’s end as a result of these pressures and other environmental threats.

Although rice milk is ubiquitous as an inexpensive and widely available dairy alternative, it offers little in the way of nutrition or environmental benefits compared with other choices.

Rice is a water hog, according to the Oxford study, plus it produces more greenhouse gas emissions than any other plant milk.

Hazelnut: on the up

Hazelnuts are a rising star in the plant-based milk arena.

For consumers who want the nutritiousness and tastiness of nut milk but without the environmental impacts of almond farming, the hazelnut is a rising star.

Like all nuts, hazelnuts grow on trees that pull carbon from the atmosphere and help reduce greenhouse emissions rather than increase them.

Hazelnuts are environmentally superior to almonds in that they are pollinated by the wind rather than commercial honeybees and they grow in moist climates, such as the Pacific north-west, where water is less of an issue.

Seeds from the flax plant, which produces nutrient-rich milk.

Another way to ensure sustainable choices is to choose milk alternatives made from what Emery describes as “niche crops” such as hemp and flax.

They are grown in relatively small quantities in the northern hemisphere, which makes them more environmentally friendly compared with a monoculture operation.

Both plants produce seeds that make for a milk rich in protein and healthy fats.

Soy: back in favour

Soy milk was the go-to alternative long before almond.

According to the Oxford study, soy milk is the joint winner on the sustainability scale.

Plus, soy is the only plant milk that comes close to offering a protein content comparable to dairy.

It was the go-to alternative long before almond milk came into vogue – but then soy fell out of favour.

“Soy has a relatively high concentration of certain hormones that are similar to human hormones and people got freaked out about that,” says Emery. “But the reality is you would have to consume an impossibly large amount of soy milk and tofu for that to ever be a problem.”

Recent studies have instead found that a moderate amount of soy is healthy, especially for women.

The primary environmental drawback to soy milk is that soybeans are grown in massive quantities around the world to feed livestock for meat and dairy production.

Large swaths of rainforest in the Amazon have been burned to make way for soy farms.

The workaround for this is to simply do a little research and read the carton to find soy milk that is made from organic soybeans grown in the US or Canada.

Meet the winner: the unassuming oat.

“I’m excited about the surge in oat milk popularity,” says Liz Specht, associate director of science and technology for the Good Food Institute, a not-for-profit that promotes plant-based diets. “Oat milk performs very well on all sustainability metrics.” Also: “I highly doubt there will be unintended environmental consequences that might emerge when the scale of oat milk use gets larger.”

According to Bloomberg Business, retail sales of oat milk in the US have soared from $4.4m in 2017 to $29m in 2019, surpassing almond milk as the fastest-growing dairy alternative.

But unlike almonds, there are already plenty of oats to go around.

“Right now, 50 to 90% of global oat production goes into animal feed,” says Specht, “so there’s a huge existing acreage that we can safely steal share from without moving the needle at all on total production.”

Oats are grown in cooler climates such as the northern US and Canada, and are therefore not associated with deforestation in developing countries.

The only drawback with this trendy and guilt-free option is that most oats come from mass-produced, monoculture operations where they are sprayed with the Roundup pesticide right before harvest.

A study by the Environmental Working Group found glyphosate, the active ingredient in Roundup and a possible carcinogen, in all the foods it tested containing conventionally grown oats and even in one-third of products made with organic oats. However, the popular Oatly brand oat milk company maintains its oats are certified glyphosate free.

The bottom line: as long as it’s not dairy

The environmental impact of all non-dairy milk pales in comparison to diary.

Both Emery and Specht emphasize that whether it’s coconut, soy or oat, consumers should drink whatever plant milk is most appealing to them and not fret over sustainability shortcomings, which are chump change compared with the environmental harms from dairy.

“Drink what you want,” says Emery. “If you’re going with plant milk instead of animal milk, you’ve already addressed most of the environmental problems that your animal milk habit was causing.”